A Blanket is to Love 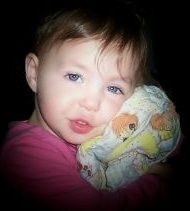 There are a few items that babies become attached to that transition with them as they grow.  Some are seen as less than desirable by the adult status quo, while others are seen with a more favorable response when they continue on with a growing child.

They Are Not Forever

Pacifiers and baby bottles, for instance, are generally considered OK up till a certain age (which can vary, from circle to circle,) after which point they are a big No-No.  And if your child is seen past that invisible age walking around with a pacifier in his mouth, all eyes immediately turn to you, the parent, who should really “know better,” etc.  The truth be told, all children eventually will give up their pacifiers and baby bottles.  When was the last time you saw an adult with a pacifier stuck in his or her mouth or drinking a beverage from a baby bottle? But there’s this unwritten rule that you shouldn’t let your child hang onto certain things (that you probably coerced them into accepting originally,) because they are too old, by societal standards.

Fortunately, there are items, which are not seen in the same light as baby bottles and pacifiers, like stuffed animals and baby blankets. If your child is in possession of a favorite blanket, let them keep it.  The thing we forget about is these favorite items are the means by which our children are able to comfort themselves when they are upset, stressed out or just feeling a little down.  When we take away those things before they are ready to relinquish them, they will be forced to adopt another item or mode of behavior that may not be quite as cute. We should allow our children to have comfort items a little longer than we do, as there will always come a time when they will give up the habit on their own.

Baby blankets are in a class all their own. There was one little boy who had a favorite blanket which he and his family called his “lovey.”  This “lovey” went everywhere he went, and especially when he was upset.  He would be seen carrying his lovey around and you immediately knew he needed some extra TLC.  As he was getting older and nearing the age to be entered into a preschool program, his mother became concerned about the blanket and separation issues stemming from it, so she began cutting the blanket down, gradually reducing its size on an intermittent basis.  The cutting was performed in a manner by which the little guy did not notice its diminishing size, and it was not too long before this little boy was literally walking around, carrying a two-inch square of blanket in his hand. It took a creative mother who was eventually able to free her son of the attachment without any trauma associated with it.

All Posts Written By Patricia Iacovantuono